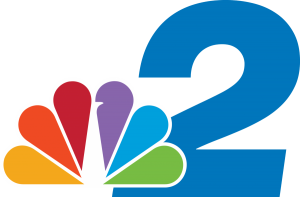 King raises her animals without antibiotics, and her produce is pesticide free.

“I do not have enough meat to keep up with the demand,” she said.

Uncertainty over GMO products has people flocking to her farm.

“The more that’s out there about GMO, the labeling, the quality of our food,
what’s in the food that’s not being listed, actually drives people to my farm,”
she said.

But King can’t feed everyone.

“It’s very important… not everyone can eat from our small farm, so it’s
important to have these labels out there,” she said.

There are more than 1,100 food and agriculture organizations that support a
bill that would require companies to label products that contain genetically
modified organisms, also known as GMOs.

Monsanto understands consumers want to know what’s in their food and
believes this bill will help provide that information.

“As the planet gets warmer and drier, it’s critically important that farmers have
access to all agricultural solutions to nourish our growing world and that
consumers have choices and access to a healthy, balanced plate. This national
standard is an example of how people with diverse perspectives were able to
sit down, through respectful and healthy dialogue, and reach an agreement,”
said the company’s CEO Hugh Grant in a statement.

Some say it won’t work because it’ll be up to the companies to choose how
they want to display the label on the package.

A petition is circulating, asking the president to veto the bill.

Sheldon says not everyone has a smartphone.

“If you don’t have those tools you know in order to find out what’s in your food,
it’s just clearly not transparent labeling. It’s hiding what’s in the food,” she said.
Sheldon calls the bill discriminatory

“Twenty-one percent of Americans have never used a QR code and have no
idea how to use one,” she said.

The legislation states in a year a study will be done to discover any technology
challenges with the QR codes.

She said Americans have the right to know.

“We’re just asking for our own right to know to be able to not purchase these
products should we not want to just like 64 other countries,” said Sheldon.

If signed into action, the USDA will have to have a national mandatory
bioengineered label standard in two years.